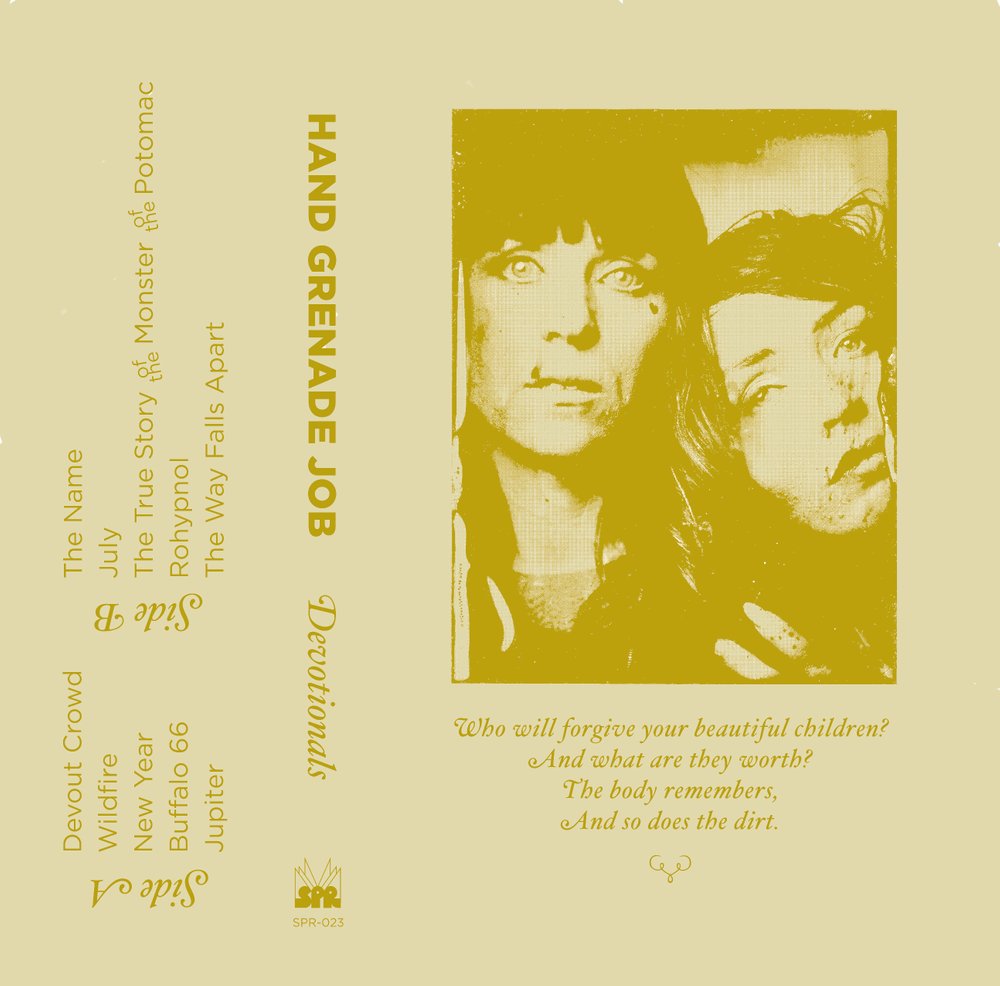 Hand Grenade Job (est. 2012) is the post-americana project of Beck Levy, joined previously in collaboration with Erin McCarley, and currently with guest accompaniment, including the HGJ Militia dance troupe. As a band, HGJ is directed by the values of minimalism, agility, and confrontation. Their live performances include elements of visual and performance art, with a constructed habitat that evolves from show to show.

HGJ's first full length, "Devotionals," was recorded in a cabin in western Maryland between two blizzards. Recorded by Kyle Gilbride of Wherever Audio (Girlpool, Radiator Hospital), the album evokes the setting in which it was created. Some songs are sparse, utilizing only vocals. Others are expansive, employing guitar, accordion, autoharp, cello, marimba, timpani, and field recordings. A haunting, ethereal undercurrent runs throughout. Negative space takes on its own formidable character.