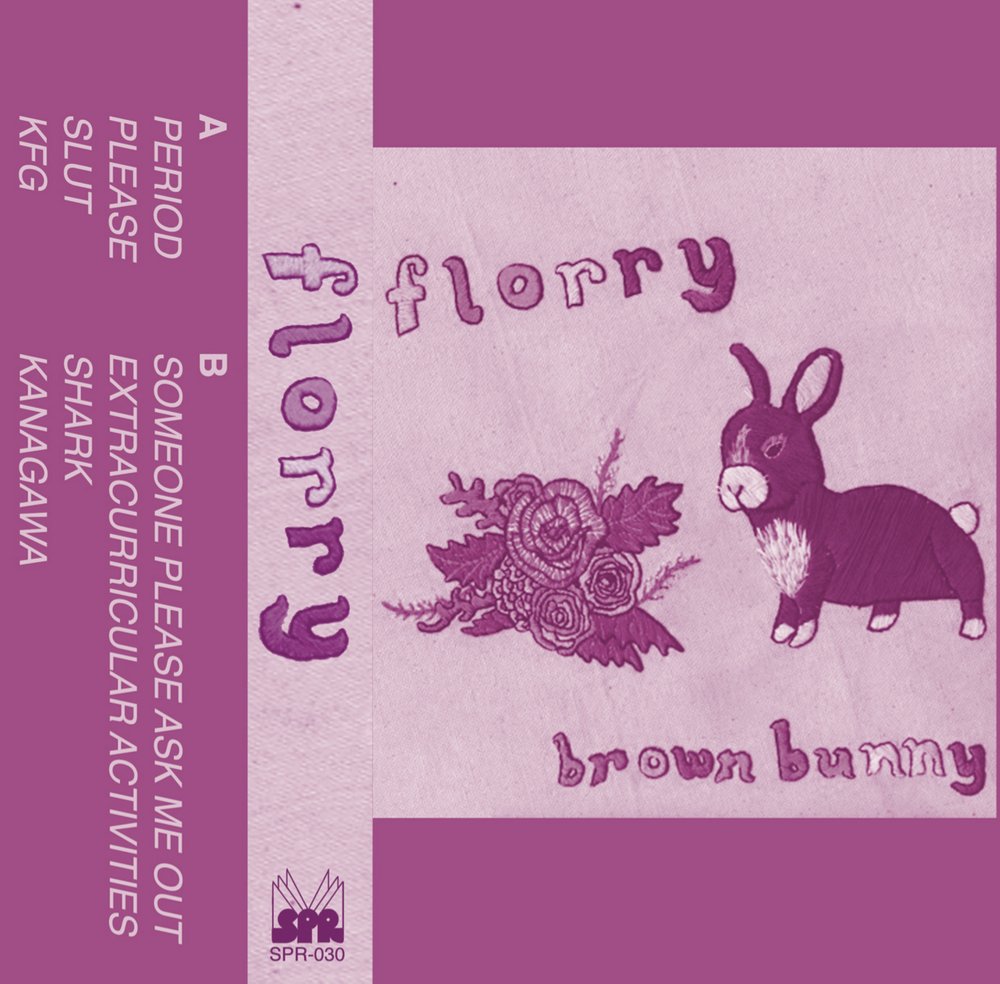 Florry is a brand new rock band from Philadelphia. Teenage bandleader Francie Medosch leads her rollicking ensemble (featuring Peter Gill, Theo Woodward, RL Srinivasan and Abbie Jones Hornburg) through the exuberant, yearning roller coaster tracks of Brown Bunny. There is a directness to Medosch’s lyricism and playfulness to her song’s arrangements that feels anxious and hopeful. When Medosch says “my fingertips are glowing / but it's not enough to keep me from blowing up,” on “ “Please,” one might believe her. Named in honor of Chloe Sevigny’s character in the film Brown Bunny, Medosch’s songs are about cultivating a sense of self-acceptance in the face of social shame and bullying. Brown Bunny is full of startling nuance and diverse emotionality, from the sorrowful melancholy of “KFG” to the anticipatory excitement of “Kanagawa”. Brown Bunny is a fully realized portrait of tying the loose ends of adolescence and venturing onwards.