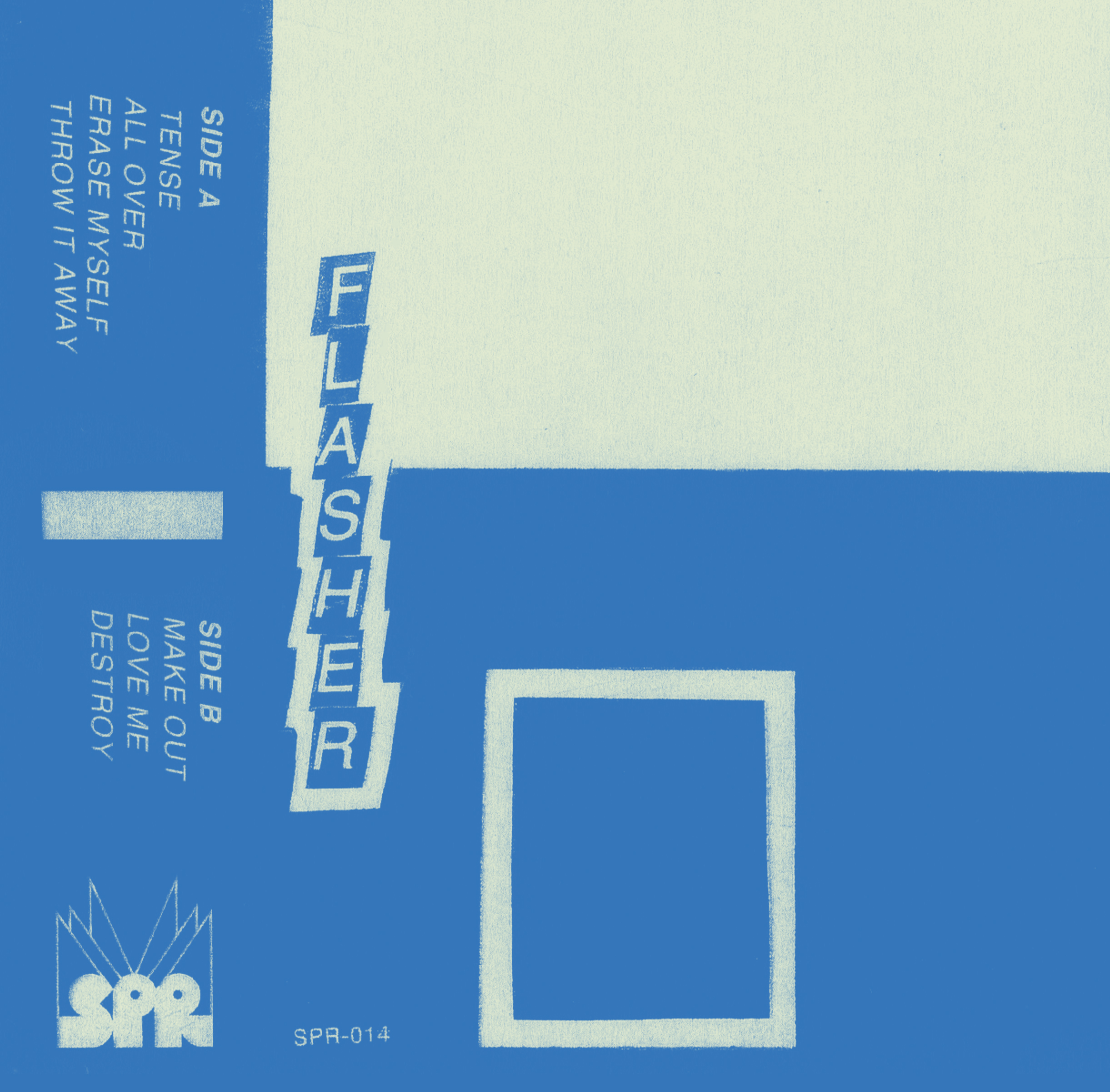 Since the release of their debut self-titled EP on Sister Polygon Records in 2016, Flasher has exuded both a clarity of intent and a radiant self-confidence. Critically applauded from the start, that initial release offered a clear blueprint. By turns razor sharp and woozy, skipping from shoegaze to punk and back again, it offered confirmation of a band whose wiry energy and melodic ease made them instantly arresting. Each subsequent release has seen the band grow in acclaim and scope. First with 2017’s Winne/ Burn Blue 7”, also on Sister Polygon Records, and then with their debut LP, Constant Image, released on Domino Records in 2018. The band, which features Taylor Mulitz on guitar, bassist Daniel Saperstein and drummer Emma Baker, has emerged at the forefront of a vibrant musical present, and Sister Polygon Records is proud to be able to call them not only a hometown band, but a part of the SPR family (in more way than one too: Mulitz founded and runs the label alongside his former-bandmates in Priests).