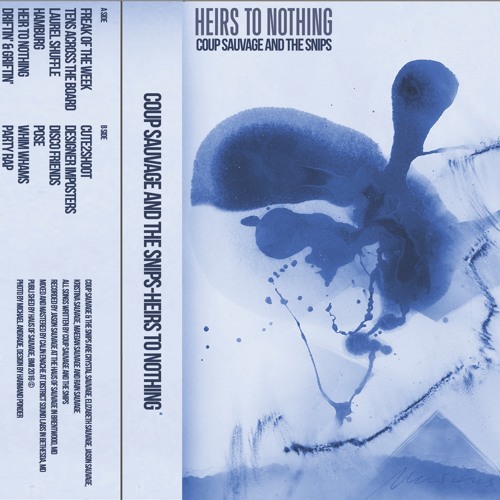 Coup Sauvage & the Snips aren’t trying to make you dance (honestly they didn’t even see you there), but you won’t be able to help it. Formed in Washington, DC in 2011 and disbanded in 2016, their sound is inspired by 60’s soul, 70’s European variety shows, 80’s Solid Gold dancers, and 90’s warehouse parties, Coup Sauvage and the Snips recall an era when artists gave you a true performance. DJ Maegan Sauvage, keyboardist Jason Sauvage and bassist Elizabeth Sauvage lay down four-on-the-floor beats, vintage synths, and killer basslines as Kristina Sauvage and the Snips - Crystal Sauvage and Rain Sauvage - unleash a savage blow of girl group harmonies, choreographed moves, and over-the-top fierceness.

The Washington City Paper called them “the city’s newest protest music” and The Vinyl District described them as the “music of the sweaty summer street fair, the late-night club show and the over-packed house party, their sounds born from and representative of their community.” That community is the DC of Cool Disco Dan, Commander Salamander, and Hot Shoppes - long before the condos, yoga studios, and small plates took over. The band’s kiss-off trilogy of “Heir to Nothing”, “Designer Imposters,” and “Sneaks” is aimed straight at urban pioneers, fakes, and perpetrators. Their infectious sound, compared to the likes of Giorgio Moroder, The Pointer Sisters, and ESG, will have you singing along – even though the song is probably about you. Coup Sauvage & the Snips’ music is celebratory and revelatory. Accusatory and against authority. Confrontational and informational. A soundtrack for the children to watch the first-world burn. Ready? Doesn’t matter.